Old Stories New Lives. Documentary made for Southall Black Sisters as part of a conference to develop a national strategy and standards of best practice on violence against black and minority ethnic women. 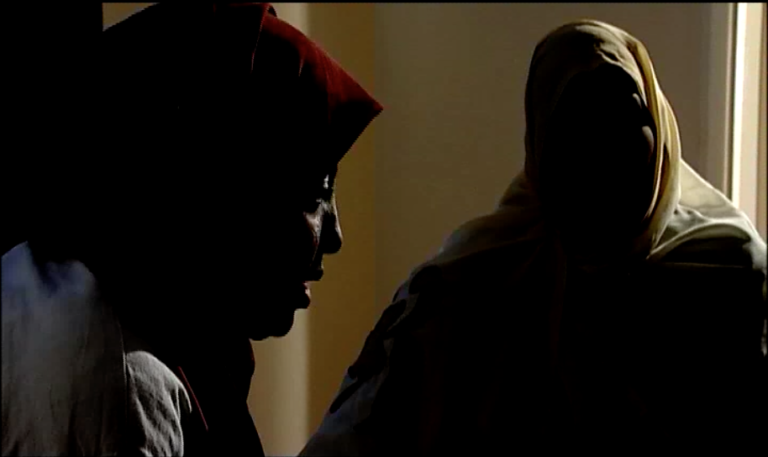 Southall Black Sisters highlight and challenge all forms of gender-related violence against women. They empower women to: gain more control over their lives, live without fear of violence and to assert their human rights to justice, equality and freedom.

Penny was commissioned to direct a short documentary to highlight the fact that, despite being illegal in the UK, the practice of Female Genital Mutilation is still common, as is enforced marriage and so called ‘Honour’ killings. These subjects are discussed in this film, through first-hand accounts from women living in Britain, recalling their experiences. Due to the sensitivity of the material, it would be inappropriate to include the film here. Instead, see below for some stills from the documentary as well as an early storyboard to show planning and structure. If you would like to know more, you are welcome to get in touch.

The documentary featured several women, many of whom preferred to remain anonymous.

Throughout the film facts and figures reinforce the urgency for change.

The subject matter called for extreme sensitivity as issues of physical and emotional pain were discussed in detail.

The film was carefully planned out to accommodate the graphic framework, despite being unsure of what was going to be disclosed in interview.